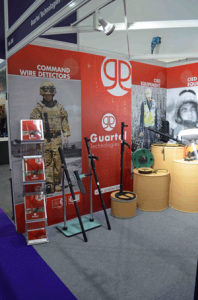 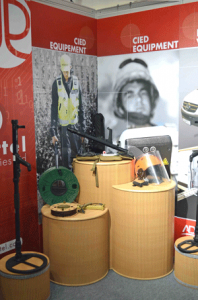 The Cordwheel and Pack Reel were exhibited at the DSEI 2013 Exposition in London by Distributors EOD UK. Both reels were displayed showing their usage as CIED reels and EOD reels. The Ruslyn Cordwheel and Ruslyn Pack Reel are used in CIED and EOD as Hook & Line reels, det cord reels, firing cable reels and communication cable reels. It will be interesting to see follow up by CIED and EOD Personnel post DSEI.